Hydrogen sulfide gas continues to be a serious issue both in and around barns with liquid manure storages. The decomposition of organic matter in manure results in the release of several gases, ammonia, carbon dioxide, methane, and hydrogen sulfide among them. Most of the time these gases are emitted slowly, but any time manure is being agitated, pumped, or the surface is disturbed, hydrogen sulfide can be rapidly released. Although all are potentially dangerous, hydrogen sulfide tends to be the one of most concern in these cases. Hydrogen sulfide has an intense rotten egg smell, so it is relatively easy to detect its presence, even in very low concentrations. However, since we can smell it at such low levels, there is not a clear indication of when it reaches a potentially hazardous conditions that we can detect without the use of analytical instruments.

Hydrogen sulfide can spike quickly and without warning during pit pumping. 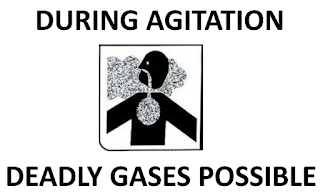 People should NEVER enter a building or facility while agitation is occurring. Use yellow caution tape to mark barn entrances and alter everyone that manure agitation and pumping is occurring. Consider lockout tags during pumping.
If possible, remove animals before pumping. For barns with multiple pits move cattle out of the room with the pit being agitated to reduce risk. 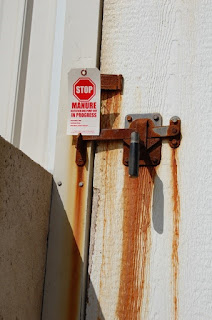 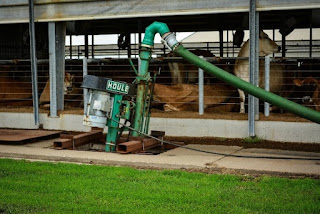 ·         Don’t agitate until manure the manure level is 1 ½­ to 2 feet below the slats.
o  Hydrogen sulfide is denser than air and as a result will tend to pool on the manure surface, sufficient separation is required to minimize hydrogen sulfide in the animal breathing zone
·      Avoid aggressive agitation when animals are in the building (no rooster tailing).
o  Surface agitation causes more turbulence and greatly increases the release of hydrogen sulfide
·      Do not direct agitator nozzles toward pillars, walls, or towards a corner.
o  Pillars and walls stop flow quickly and cause the manure to churn, increasing the rate hydrogen sulfide is off gassed from the manure.
o  Corners are often dead air zones; releases off hydrogen sulfide in this area are more likely to result in animal loss
·      Stop agitating when bottom nozzle is less than 6” below the manure surface.
o   Keep the agitation below the surface at all times.
·      Avoid sudden changes in agitator depth and intensity.
o Quick changes can result in large amounts of solids that haven’t previously been agitated and result in rapid gas release.
o Slower changes in both power, flow direction, and depth, allow slower, more continuous release that is safer for animals and workers.
Posted by Daniel Andersen at 11:57 AM No comments: