What is the design basis for feedlot runoff control systems? 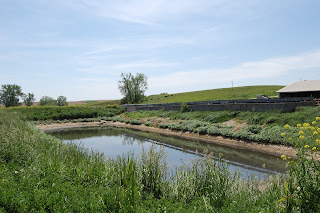 When it comes to controlling feedlot runoff we all recognize it is important to keep the manure enriched from reaching streams, rivers, and lakes, but all systems have limits. Build it too big and it gets cost restrictive to construct, build it to small and water quality is at risk. So how do we go about deciding how big is big enough?
Currently government and citizen concern in Iowa has begun to focus more on runoff events from small (non-CAFO) lots that could result in water quality violations and/or fish kills within the receiving water body. A report in 2008 by the Iowa Department of Natural Resources (Iowa DNR) stated that animal waste related issues accounted for over 25% of the reported fish kills. An investigation, conducted by Ubbo Agena (2009) of the Iowa DNR, showed that a large number of the feedlot runoff related fish kills occurred in late summer and early spring following dry periods when stream levels were low or during spring snowmelt. To positively impact water quality, it is important that open beef feedlot runoff control systems are designed to prevent effluent discharges during critical times. As shown in figure 1, this corresponds to times when most of the feedlot runoff is occurring, so that makes sense, but an additional question might be is there any sign that certain storm sizes are causing these issues? 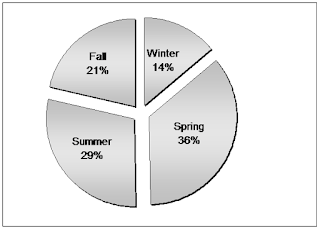 Figure 1. Percentage of feedlot runoff occurring during each of the seasons.

One method to evaluate the events most prone to creating water quality violations would be to identify storm events resulting in feedlot runoff, but not of a size sufficient to result in runoff from the surrounding landscape. Unfortunately, there really doesn’t seem to be much relationship; however, if we look at what size storm we need to design our runoff system to handle to greatly reduce risk of release, we get a pretty strong relationship (figure 2).
Figure 2 shows the number of exceedances of the fraction of runoff from feedlot ratio on the y-axis and the “design storm” size on the x-axis. In each case the graphs show the number of occurrences where the fraction of runoff from feedlot was greater than 0.7, i.e., events where there would be relatively low amounts of dilution water available.  Like the other analyses a one-to-one ratio of feedlot to additional drainage area was assumed. This generalizes results to show how the relative risk of a water quality violation is affected, but does not allow for an evaluation of the absolute risk of a water quality violation for by the different land covers. From these graphs it is clear that the most conservative estimate is to assume that the surrounding area is vegetated with alfalfa or a cool season grass. This was expected as it increased evapotraspiration as compared to the row crops corn and soybeans, keeping the soil profile in the surrounding area drier. This results in fewer runoff events and smaller runoff volumes from the surrounding landscape. Soybeans generally had slightly more runoff from the cropland than corn and thus fewer occurrences when the fraction of runoff from feedlot ratio was exceeded. Also of note is that the vegetation choice has a larger effect on soils that are more prone to runoff (Classes C and D) than for the other classes (Classes A and B). One item of note, this analysis does not consider differences in water quality from the cropland areas and how that it affect runoff quality of the dilution water. If runoff quality was considered it would be relatively safe to assume that the differences approximately balance out, as runoff water from alfalfa/cool season grass fields would be cleaner (lower nutrient and sediment concentrations) than from crop fields. 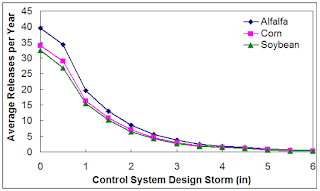 Figure 2. Effect of vegetation type on the number of times per year the that feedlot runoff fraction exceeded 0.7 for each of the four different hydraulic soil types. Soil hydraulic class C

When I look at this figure the big thing I see is it is important to have a control system that can handle somewhere around a 3-inch storm at this point the level of control from each extra increment of design volume in your control system only offers less improvement in control. Our design recommendation tends to be almost double this and you might be asking, why that is the case. Well if you think about Iowa weather conditions often times we tend to get strings of wet weather and then be dry. So to really control that 2.5 to 3-inch storm, we normally need a little extra capacity built into the system to give us some flexibility about when we apply.
Posted by Daniel Andersen at 9:08 AM No comments: