How much manure is there in Iowa?

Manure Nutrient Availability Relative to Crop Nutrient Capacity in Iowa:
How much manure is there?


A common question about manure management in Iowa is how much of our land is receiving manure. This question is often asked after hearing statistics like animal farms in Iowa produce nearly 10 billion gallons of manure per year, or the pollution potential of animal manure in Iowa is the equivalent to that of 45 million people; 15 times the state’s current population. Comments like these often lead to thoughts of manure piling up, farmers doing everything they can to get rid of manure, and insufficient land on which to apply the manure. However, what is the truth behind these numbers and what does the manure situation in Iowa really look like? Over the next few paragraphs, we will take a closer look at these issues.
Data from the 2012 census of agriculture was used to estimate livestock populations and production within each county. Available nutrients in manure were calculated by estimating average animal populations and multiplying this value by a manure production coefficient, a manure capture coefficient, the amount of nutrient expected to remain in the manure after storage, and finally the percent of those nutrients that would be crop available. These calculations were performed for both nitrogen and phosphorus.
The nutrient assimilative capacity of cropland was estimated by multiplying the amount a crop produced in 2011 times the nutrient content of that crop. This is a low estimate of actual crop need as it only considers nutrients exported with the grain (about 0.8 lb N are removed per bushel of corn harvested).Additionally, nitrogen requirements for production of soybean or alfalfa were not included. These plants are both legumes, meaning that can obtain some of their nitrogen from the air; however, research has shown that these plants tend to use nitrogen available in the soil first and in some cases may require supplemental nitrogen to achieve desired yields. 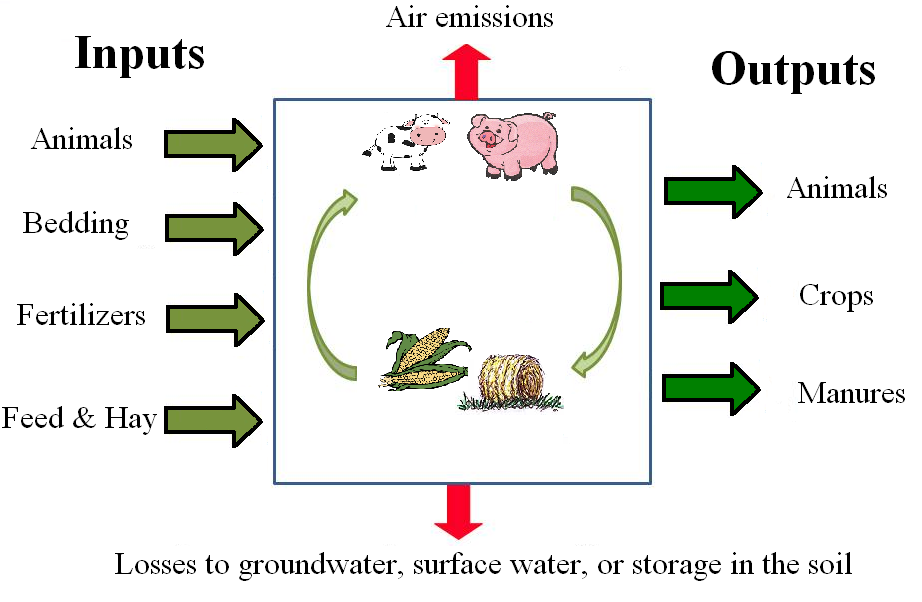 Figure 1. Schematic of nutrient budget on an integrated farm. Our goal is to convert as much of the nitrogen, phosphorus, and potassium in the inputs into managed outputs as we can so that losses to air, groundwater, and surface water are minimized.

As you may be aware, there is considerable livestock production in Iowa as it currently leads the nation in both swine and egg production, is in the top ten in beef and turkey production, and twelfth in dairy production. All these animals result in the production of over 50 million tons of manure, 325,000 tons of available nitrogen, and 82,000 tons of phosphorus annually. Although this may sound like a lot, it took almost 1 billion tons of nitrogen and 220,000 tons of phosphorus to support the growth of corn and soybeans in Iowa in 2011. This means that only about 30% of our nitrogen and phosphorus needs for crop production could potentially be supplied with animal manures.
In terms of crop acres receiving manures a few more calculations are required. In Iowa, all confinement farms with over 500 animal units are required to submit a manure management plan to the Iowa Department of Natural Resources. Procedures in this plan specify how to calculate the maximum amount of manure that can be applied to a field. Based on the Iowa DNR requirements, the 325,000 tons of nitrogen from manure would be enough for about 3.8 million acres of corn per year. In 2012, there were 13.7 million acres of corn harvested in Iowa and another 9.3 million acres of soybean. This means only about 17% of Iowa’s farmable acres received manure in any given year.
This paints a far different picture than what we might imagine when we first hear about the amount of manure within the state, at it certainly indicates that their is plenty of land available to use all our manure as the nutrient resource it can be. However, as animal production is not uniformly distributed across the state, a closer look at county level nutrient balances is also of interest. This was done by comparing the estimated amount of available manure nitrogen and phosphorus to the crop nutrient assimilative capacity within that county.
In figure 2 and 3, counties that are various shades of green receive less than half their nitrogen or phosphorus needs from manure. As counties become progressively more yellow and then red they are capable of getting more of their nutrient needs from manures. In looking at these results, it is clear that the majority of counties have sufficient need for the nitrogen and phosphorus in the manure to make it a valuable resource in those counties. Although, these results provide insight into the current manure situation within a county, it should be recognized that they are sensitive to the assumptions made about both manure production and crop nutrient needs. Of particular concern, crop production in 2011 was somewhat suppressed, in south and southeastern Iowa, due to drought conditions. Additionally, these results assumed no manure would cross county lines, this assumption is most certainly not the case as some farms would be located near county boarders. Moreover, in many cases manures can be moved sizeable distances if it allows better capture and use of the nutrients it contains. For example, liquid swine manure can be moved around seven miles and still be a more cost effective fertilizer than purchase of synthetic nitrogen sources. Solid manures such as poultry litters can often be moved even further since they are more nutrient dense. 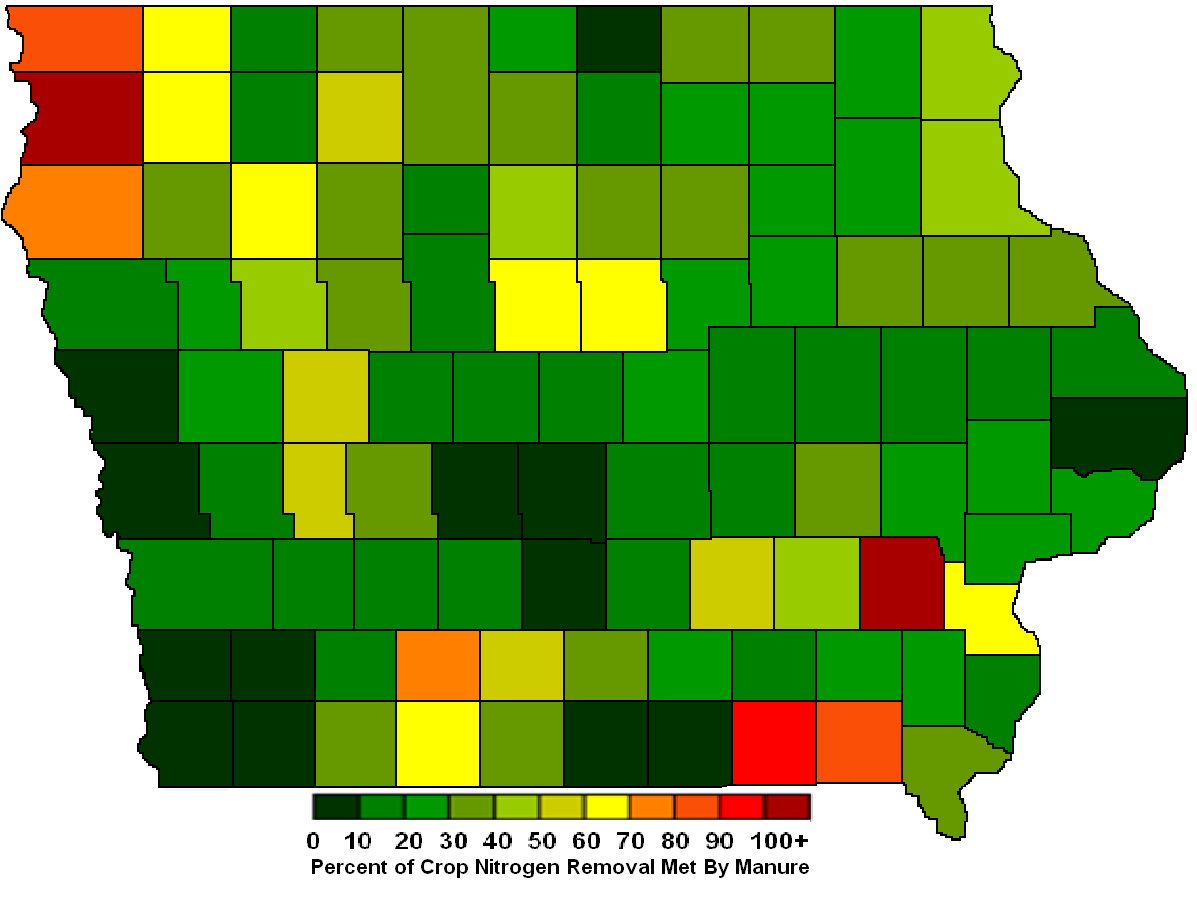 Figure 2. Available manure nitrogen as a percent of nitrogen removed with crop harvest. 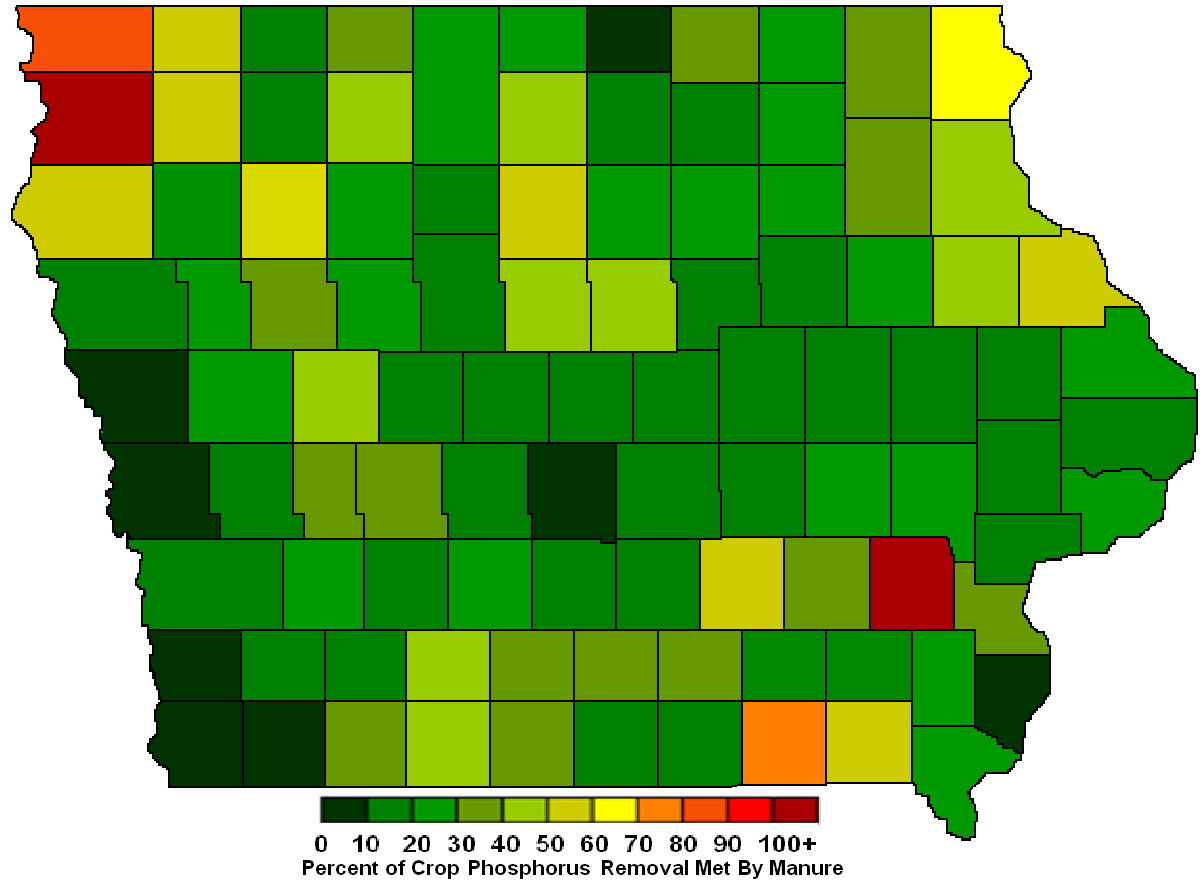 Figure 3. Available manure phosphorus as a percent of phosphorus removed with crop harvest.